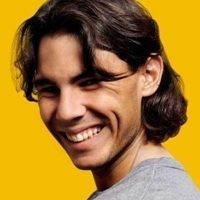 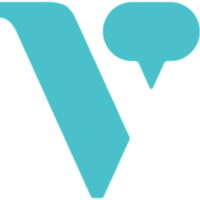 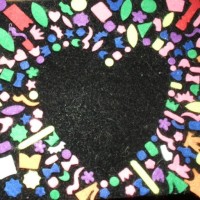 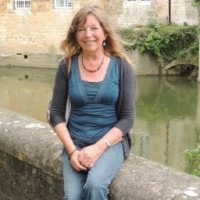 Firstly, thank you for sticking with me considering my rather wayward opening sentence! Of course, being a Labour voter, I was more than pleased when they won that third term, whatever my views on Blair they were, as a party, the best choice. But now, a decade on, feeling desperate after last week’s devastation and facing the frightening prospect of the next five years, I’ve started to consider what might have been …….

Let me share with you a parallel universe in which Michael Howard became Prime Minister. Please, bear with me!

We all remember 20th March 2003, when Britain went to war with Iraq. We can forever argue the morals of who, on all sides of the house, voted for/against, and at what stage in those crucial weeks they made their decision, but ultimately, I think most people are in agreement, it was Tony Blair’s war. It’s Tony Blair’s legacy.

Labour, twelve years on, are still punished for that decision, but let’s for a moment, imagine that the punishment was delivered, not over years of underlying bitterness, but as a decisive blow, immediately, in that next election ……..

It’s early on the morning of Friday 6th May 2005, you turn on the TV, or like me, and so many others, you are already there, bleary-eyed, still seated from mid-evening, grasping another mug of coffee and mesmerized by Peter Snow’s unending energy as he enthuses over the swing-o-meter and myriad of other BBC graphics. You watch in abject horror as the swathe of blue ripples across the country, and finally, as dawn breaks, you accept the inevitable defeat.

In the following days Michael Howard moves into No. 10 Downing Street, his chancellor Oliver Letwin takes up residence next door. Tony Blair reluctantly stands down and the Granita Pact finally plays out: Gordon Brown takes his place, on the opposition benches, as Leader of the Labour Party.

Although Labour lost the election, it wasn’t a landslide like we saw in their favour in ’97, and there are positives to behold as they welcome a new influx of MPs, incidentally two of them are previous advisors to Gordon Brown, taking up seats in the Northern constituencies of Normanton and Doncaster.

Of course, in this scenario we have to suffer the policies of the Tory ruling class for five years, and consequently the country doesn’t achieve the reduction in hospital waiting times that Labour ensured in its third term, nor the implementation of the higher tax rate, or the numerous other benefits we now take for granted. It wouldn’t have been an easy time, but maybe, in the long run ……..

So now think on, it’s 14th September 2007, there are queues outside branches of Northern Rock, people are panicking, there and across the country, and one of them is the Chancellor of the Exchequer. The opposition leader pushes him to move quickly, limit the damage and take banks into public ownership, but he can’t do that can he, he’s a Conservative! He knows he’s not helped this situation with his further loosening of bank regulations and now he’s out of his depth. In contrast to Letwin’s reputation as weak and indecisive, Brown, with eight years as Chancellor to his name, is both known and renown on the world stage. Brown’s recommendations might be ignored by our Government, and ridiculed by the right-wing media who, always preferring style to substance, have never warmed to his intellect and appear daunted by his gravitas, but in Europe the reaction is altogether different. Sarkozy first, then the others of the G20, including the USA, follow the Labour Leader’s suggestions to take a controlling interest in the failing banks. They listen some months later when he persuade them to inject thousands into the IMF and the World Bank, a pivotal decision that ultimately will stabilize the world’s economy.

Unfortunately, back home, we don’t fair so well. Stubbornness prevails and the Tories preside over the worst recession the UK has ever seen.

Like Brown, Howard leaves it as long as possible before calling the General Election, eeking out the days, hoping the forecasts will show an uplift in the economy, but they don’t and he inevitably pays the biggest price. In May 2010 Labour win a massive majority: voters are desperate for Gordon Brown to, once again, be in charge of the country’s finances. The result is celebrated not just here, but across Europe and America, such is his reputation on the world stage.

Brown goes on to unite the best of New Labour with the left of the party and once again puts the UK back in the driving seat of Europe. With Ed Balls now by his side as Chancellor they turn the economy around, not with cuts, but with investment in public services and welfare. Brown extols the virtues of 1997-2005, he builds on those achievements, but he also apologises for Iraq – lessons have been learnt and the electorate accept that.

Imagine now, in that parallel world, what difference there might have been come last Thursday. In that parallel world Brown is just starting his second term as Prime Minister, but announces that he doesn’t intend to run for a third, he has his charity work in Africa to pursue, even though the IMF are rumoured to be waiting in the wings with other ideas! The party members, and the country, will be sad to lose him, he’s generally considered to be the best Prime Minister of the last hundred years or more. However at least, for once, there is a consensus within the Labour Party over the successor. Long gone are the ‘90s and that desire for presidential-style-glamour, the people want substance, they want a continuation and so the voters have united behind the new cabinet member and Union favourite Ed Miliband.

Admittedly, there’d have been sacrifice, but that parallel universe is currently looking very appealing.

After a 40 hour day of leafleting, door-knocking, attending the count and then wall-to-wall tv and social media coverage I’m feeling pretty shattered. In the main I’m emotionally shattered. Like so many people, up and down the country, the exit polls came like a dull kick to the stomach and the news just got worse as the night, and day, wore on.

I’m feeling scared about the next 5 years. I’m scared of the severe austerity measures, the demonising of those more vulnerable, the threat of leaving Europe, and of course the privatisation of our NHS. For those of us on the left, it’s a dark day.

For me, on the national scale, I believe the country has just lost itself the chance to have a genuine, decent and strong Prime Minister in Ed Miliband. My party has now lost two great leaders in just five years. Two honest, intelligent and socialist politicians, both subject to the bullying of an over-influential right-wing media. But amongst the despair and fear, we need to seek out the elements of positivity. Realistically, there’s some straw-clutching required to do that, as it really is pretty bleak, but there have been some glimmers of hope, and ironically, the brightest have been here in true blue Wiltshire.

I’ve had the privilege to be involved locally in the campaign of an inspirational politician, and although they might have only just finished counting this years’ results, I reckon we can already be predicting an MP that’ll be part of the 2020 intake to the House of Commons. George Aylett has just stood as Labour Party candidate in the South West Wiltshire constituency and he’s certainly a name to remember for the future. He may not have won at the ballot boxes this time, faced with such a safe Tory seat, but there is no doubt, after a series of hustings across the constituency, from Mere to Trowbridge, that George Aylett won at the debates. With no disrespect to the sitting MP, or especially to the Green’s excellent candidate, Aylett wiped the floor with all of them! Passionate, honest, energised and informed, he was by far the star of the panel of five candidates. Strong in delivery, intelligent in argument and compassionate in belief, it was exhilarating to be in the audience and be reminded that there is decency, intellect and passion in politics. And yes there are socialists in Wiltshire! More to the point, without in anyway wishing (as a 30-something) to detract or condescend, this was exciting because the candidate was a 19 year old student, running for election in his gap year. The audience at every event couldn’t fail to be impressed. Irrelevant of his age, and their voting intentions, the applause was evidence of the respect he gained as he responded to each question with belief, and commanded the floor. If Wiltshire’s village halls had been equipped with the analytical technology of the TV’s leader debates, we’d have seen a clear red line rising whenever he spoke.

So now, with Nick Clegg’s candidates being punished for his own weak part in a coalition government that has taken Britain back to the eighties, a vote for Lib Dem is no longer a tactical vote, not even here in Wiltshire. George gained an increase for Labour, at over 13%. And with just a few hundred votes dividing the other parties it really is an open race now to be that future challenger to the ever-incumbent Tories. George Aylett is also proof that the young aren’t apathetic, socialism is still strong and politicians aren’t all old, upper-class men.

The Art and Craft of Blogging

Listening to the missing voices

My Make Do and Mend Life
dreamlandmargate.wordpress.com/
Myriad

Thank you for the days